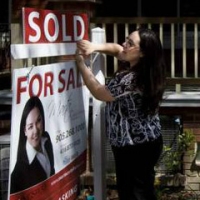 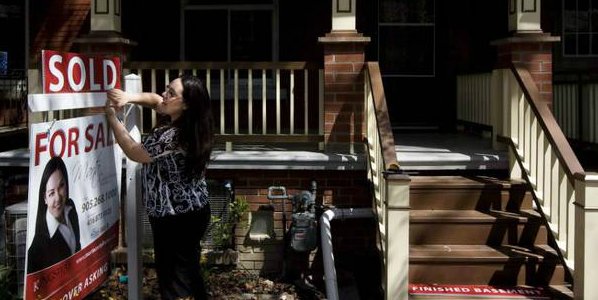 Real estate agent Shawn Lackie was greeting house hunters with some trepidation when he listed a house for sale in Whitby, Ont. last week.

Multiple offers for desirable houses have been common in the suburbs surrounding Toronto for more than a year now, but Mr. Lackie wasn’t sure if a neglected fixer-upper would inspire a frenzy or a revolt.

“It was a beautiful home in its day – which was about 1994,” says Mr. Lackie of Coldwell Banker RMR Real Estate.

On the same day, a “renovator’s delight” in nearby Oshawa drew 61 offers, Mr. Lackie says. That property was listed with an asking price of $200,000 and sold for $350,000, he says, despite the listing agent’s warning to “use extreme caution” when venturing down the basement steps.

A few days later the property was back on the multiple listing service with the same asking price.

The widespread market delirium is stemming from a severe lack of listings, of course, and an intense fear amongst buyers that they may miss out on yet another property.

Every market watcher is looking for portents of more properties coming as soon as the Ontario public school March break is over: Geoffrey Grace of ReMax Hallmark Realty Ltd. says some Toronto agents are lamenting that they haven’t been able to book a photographer for upcoming listings because they’re all so busy.

It’s a new barometer of activity, he says, because most companies have so many photographers on the roster.

Mr. Grace is planning to list a semi-detached house at 75 Wheeler Ave. in the Beaches after March break. The asking price will be below $900,000.

In that range, Mr. Grace wants to be sure that families are home from vacation. He’s not bothered that the long Easter weekend is coming later this month.

“March break was the big one to avoid,” he says.

As for the action in the 905, multiple offers are the most intense he has seen, Mr. Lackie says.

At his Whitby listing, the four-bedroom house offered lots of space in a desirable neighbourhood, and it had been the model home for the sub-division, which meant it was likely built with some extra care and attention. But he warned potential buyers in the listing that the property “needs major work.”

Showings were made more difficult by the presence of the homeowner’s two very large dogs and three cats.

Mr. Lackie figured many prospective buyers could look past the shabbiness but he was worried some would be intimidated by the dogs.

He arranged with the homeowner that she would take them out of the house for a couple of hours on Saturday morning and he would be there to escort potential buyers and their agents through.

Before they got that far, a bully offer arrived late Friday afternoon from someone who hadn’t even been inside. The bid was lame, however, and the homeowner turned it down.

They decided to go ahead with their plan for Saturday morning. The dogs were taken off for a jaunt and the cats would hang out in the basement for a while.

“It was less chaotic for people coming in,” he says.

He ushered 18 parties through by early afternoon. He had not scheduled an offer date but a couple of agents said they would be bringing offers that day. He asked interested parties to have their offers in by 5 o’clock, and by 8 o’clock the house was sold.

Mr. Lackie says the house that received 61 offers was advertised as a renovator’s delight. Many agents would advise their clients against competing with so many rivals, but he says some people think maybe they have a chance with a lowball bid.

“It would be really hard to figure out where you’re going to come in. You’re shooting in the dark.”