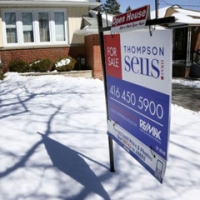 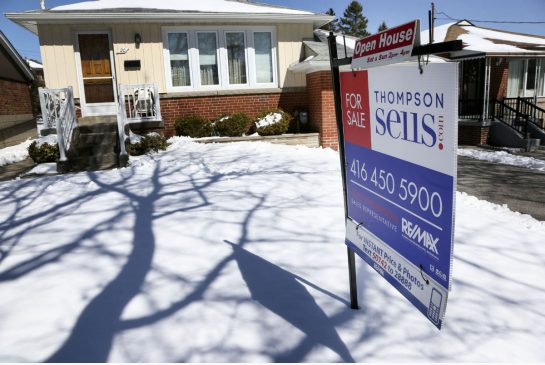 The increasingly competitive Greater Toronto Area real estate market is on pace for another year of record-breaking sales and double-digit price growth as buyers bid aggressively for the few houses on the market. Sales in the first quarter of 2016 rose 15.8 per cent from the opening three months of last year, according to the Toronto Real Estate Board.

Davis, a Royal Lepage agent in upscale central Toronto, said a lack of housing supply is pushing more buyers to make hard-to-resist deals days before the seller is slated to accept bids. These are also known as bully offers.

“There were no conditions and the owner said ‘thank you very much, I’ll take it,’” she said of the home that went for $300,000 over asking.

The 10,326 homes sold in March was a 16.2-per-cent increase from the year earlier and accounted for nearly half the 22,575 homes that changed hands in the first quarter.

The average selling price across all housing types in the Greater Toronto Area rose 12.1 per cent year-over-year in March to $688,181.

The market could have experienced even stronger sales growth if it were not constrained by a deficit of new listings, said Jason Mercer, TREB’s director of market analysis.

“That’s why we’re seeing strong increases in selling prices, yet on the other side, if we did see more listings come online, they’d be absorbed in short order because of pent-up demand,” he said.

“I think the first quarter certainly suggests that we could be on track for another record year and likely the only thing that could slow that down is if we continue to see a dip in listings.”

The number of new listings was down compared to the same period last year, meaning there were more buyers competing for fewer homes. The number of homes listed for sale in the first quarter fell to its lowest level for a first quarter in at least 12 years, according to an analysis by National Bank.

A competition among buyers for fewer homes often results in bidding wars that drive prices higher. In March, the average detached GTA home inched closer to the $1 million mark, sitting at $910,375.

Davis said she is astounded at the prices. Nearly half of the 23 agents’ open houses listed for Tuesday in Toronto’s central core were for properties valued between $3.5 million and $16.8 million, she said.

Toronto is a seller’s market, with sales-to-new-listing ratios hovering around 70 per cent — the highest ratio since the 2008-2009 recession, said Robert Kavcic, senior economist at BMO.

He doesn’t see this abating any time soon as strong job and population growth in the GTA will continue to drive demand, while few new detached homes are being built.

“This has been more of a sustained gradual increase in demand and no new supply coming on board, so this is probably going to persist longer than back in 2009.”

Davis said the market is stronger now than it was coming out of the recession, adding she’s the busiest she’s been since 1989.

“We didn’t have a terrible winter, I think that helped, mortgage rates helped, and demand is high and supply is low,” she said.

“All those things together make a busy time.”